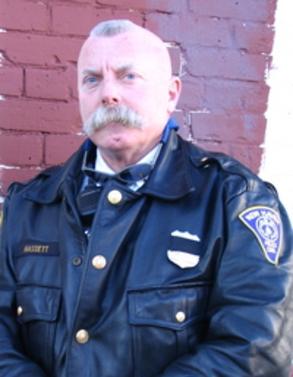 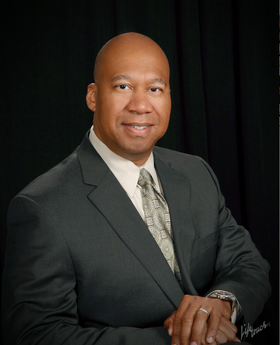 Lieutenant Ray Hassett (ret) is a 25-year veteran of law enforcement with the New Haven Department of Police Services where he served as patrol officer, detective, sergeant, lieutenant and district commander for one of the city’s busiest police districts.

An FBI trained Hostage Negotiator, Lt. Hassett was the Officer in Charge of NHPD’s Hostage Negotiation Unit since 2003.  Hassett is Crisis Intervention trained (CIT), and was team leader for CIT Officers in New Haven since 2006. He was also named CIT Officer of the Year by the Connecticut Alliance to Benefit Law Enforcement (CABLE) and continues to assist CABLE today as lead instructor, training police officers in de-escalation techniques that will improve their performance with the public, as well as with consumers in the mental health community.

A contractor for the U.S. State Department, Bureau of Diplomatic Security, Lt. Hassett teaches both Hostage Negotiation and Behavioral Observation Development to foreign police agencies. To date, he has worked in the Middle East, The Philippines, India, Columbia, Tajikistan, Jamaica and North Africa.

Lt. Hassett began his police career in 1987 as a Patrol Officer and by 1990, he officially left the force to assume a new identity and work undercover in organized crime.  In 1993, he was promoted to the rank of detective where he worked in the Narcotics Division, the Major  Crimes Unit and the Arson Squad.

While a Detective, he became part of The Yale Child Studies Program, a unique collaboration between a group of child psychologists and first responding police officers to help children of homicide victims and those exposed to domestic violence.  Hassett is a Fellow with the Yale Child Studies Center, and throughout his career, has worked as a trainer, replicating this program to other Police Agencies throughout the region.

Prior to entering Law Enforcement, Ray was a professional actor who traveled Europe with his improv partner John Ratzenberger.  Several of his film credits include “Superman”, “the Movie”; “Ragtime”; “The Spy Who Loved Me”; “The Empire Strikes Back”; and “Body Double”. Ray often brings in professional actors to simulate real life incidents so that Negotiators will be better prepared for Unit Callouts.

After earning a BA in English Literature and an Associate of Arts Degree in General Education, Lt. Hassett, through his international training efforts, has immersed himself in the cultures of Europe, South America and the Middle East which continues to serve his work with law enforcement to this day.

Todd McGhee is an international speaker on counter-terrorism, violent extremism and a highly respected authority in the field of proactive threat mitigation strategies.  He developed the Behavior Observation Program Development Course for the Department of State, Office of Anti-terrorism Assistance; the P.A.T.R.I.O.T. Training System® and the Security Awareness and Vigilance for Everyone™ (S.A.V.E. Methodology™) course curriculums which are approved training courses sponsored by the Department of Homeland Security and appear in the DHS/FEMA State Sponsored Course Catalogue, which positions our training as the only privately held DHS approved private company to train behavior recognition methods to federal grant recipient agencies.

Additionally Mr. McGhee has authored, developed and successfully delivered the Active Shooter Awareness course designed to prepare civilians and private security professionals for the unthinkable.  A growing ‘must’ in today’s corporate and academic environments.

He started his law enforcement career in 1987 and is retired from the Massachusetts Department of State Police after serving twenty four successful years in public safety. Since 9-11 he has used his expertise proactively to combat and deter the threat of violent extremism targeted against mass transit environments, category X international airports, health care facilities, sport event venues, maritime operations, houses’ of worship, schools and casinos.

McGhee is a nationally acclaimed expert and media commentator, providing insight on international and domestic terrorist related case studies, active shooter, school safety, cyber-crime, and police use of force issues.  Due to his outstanding groundbreaking work, he has been featured in Time Magazine as a member of Logan Airport Homeland Security detail where he has served as one the lead trainers of the State Police Anti-Terrorism Unit. He has also been featured on ABC Nightline which demonstrated Logan Airport as the safest airport in the United States.

As a highly dedicated and ambitious professional, he thrives on imparting his knowledge and expertise as a trainer/instructor and is committed to helping lessen the dangers of potentially hazardous and life-threatening situations. To that end, he works closely with governmental agencies at the local, county, state and federal levels of jurisdiction. Mr. McGhee’s Massachusetts training firm is based in Braintree, MA and is registered as a GSA Schedule holder, positioning his firm as a prime contractor for government contracting opportunities.